The New Theta 360 camera is setting a new standard

We from love the Theta and we were the first to use the Theta S camera, October 2015. Like we did during that year DDW and Glow Eindhoven.
And now Ricoh is taking the next step with the Theta V with a price of € 449,00. 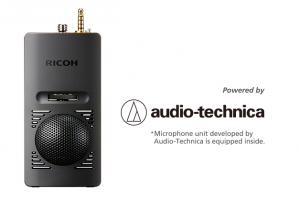 This is a 3D microphone for exclusive use with the RICOH THETA V, for recording natural, balanced audio that faithfully reproduces the environment without any exaggeration or coloring. The included microphone unit was developed by Audio-Technica, which is praised for its superb technical abilities. 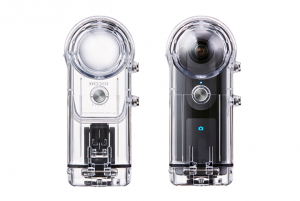 This underwater housing provides waterproof performance that makes it possible to shoot 360 degree images up to 30 m underwater (JIS protection class 8). The power can be turned ON/OFF, still image/video shooting modes can be switched, and the release button can be operated all while the camera is in the housing.

Read more and PRE-order the camera at Ricoh webshop or Cameranu.nl